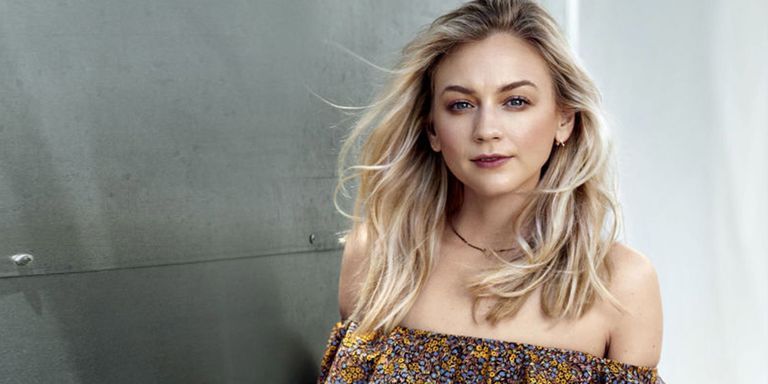 The 'Walking Dead' and 'Conviction' star has a thing for percussion.

By Edith Zimmerman and Photograph By Brian Higbee

Practically every TV-watcher knows Emily Kinney (AKA The Walking Dead's Beth Greene and Conviction's Tess Larson). What they *don't* know is that she's kicking ass in her free time, too. Here, a fact sheet about the up-and-coming star.

(P.S. Download her newest single, "Back on Love," on iTunes October 28 and prepare for the feels.)

Rhythm n' boos: "When I recorded my first EP, I began really paying attention to the texture of songs. I worked with this drummer, Elliot Jacobson, who would bring a huge duffel bag filled with percussive instruments. I started collecting slash stealing people's things. Like my glockenspiel. I first borrowed it from a boy I was dating. It's been four years, so now it's mine."

"I started collecting slash stealing people's things. Like my glockenspiel."

All that racket: "I don't have anything too exotic—I do have an itty-bitty cabasa that I haven't really found a use for, but it's cute. I love cabasas. I have a couple in different sizes that make all different sounds. I also collect little things, like shakers and tambourines, random stuff. Like Popsicle sticks. (If you rub them together, or shake them, they make a sort of clapping noise with a click at the end.) The sticks are from a Mickey Mouse waffle-stick maker."

Play it safe: "Nothing in my collection is so fragile that I wouldn't share with anyone. They are all there to be used, not just displayed. You know, I'm trying to think if anything's broken ever ... not yet!"